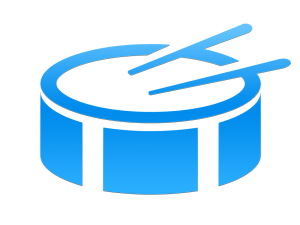 Song Rhythm Tracks are a new type of backing track composed entirely of rhythmic backing (no melody or harmony) arranged to the musical form of the song — it’s “songform”. These tracks are complete performances like one gets from a professional drummer. They have a count-in, introduction section, choruses and characteristic endings, framed by fills showing where sections start and end. Even musical bridges and middle choruses have higher intensity where appropriate to the style. All this without a typical arranger’s interface, keeping it simple. One selects a track in under 30 seconds — under 15 seconds after getting the hang of it.

The App’s musician’s player has tempo adjustment and a facility to sequence tracks for your gig or jam session. It is for musicians of all abilities. New musicians use the App to provide an accompaniment to songs. They get a rhythm that is sympathetic so they learn to keep time, get into the groove and internalise the song’s musical structure – All this while enjoying engaging and inspiring rhythms. Gigging musicians catalogue their backing into setlists and use it to guide performance. Having quality rhythmic backing, with a setlist facility and a musician’s player, all in the one App is so convenient one finds oneself using this rhythmic backing more and more. 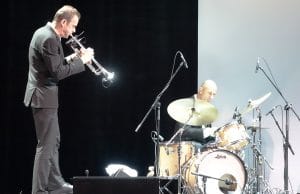 A “Musician’s Player” — what’s that? One that dims the screen, will play in the background, has good-sized buttons and allows you to change the volume with the physical buttons. Yes, that but this player also displays the musical form of the track such as

and provides visual tracking against this as it plays. This is the information musicians want right before they are about to play a track. If they start to lose their place a bit while they play, a quick glance at the display will likely get them back “on track” again.

There’s a huge number of rhythms and endless musical forms for your songs. Once selected, the arranged track is downloaded from Alive Drumming’s servers and then it stays on your device for playing. Alive Drumming grants the user rights to remix the track so they may be transferred to a computer to be included in the user’s own compositions and album releases.
END_OF_DOCUMENT_TOKEN_TO_BE_REPLACED